Qingming Festival, also known as Tomb-sweeping Day, is one of the 24 segments of the Chinese calendar. It normally falls on the 4th or 5th of April (this year it falls on the 5th). The holiday in China starts this year from 5th to 7th April 2014.

Similar to the spring festivals of other cultures, Tomb-Sweeping Day celebrates the rebirth of nature, while marking the beginning of the planting season and other outdoor activities.

The Origin of Qingming Festival

This festival originated from Hanshi Day (寒食节, literally that day only cold food will be served), a memorial day for Jie Zitui (介子推, or Jie Zhitui) who lived in the Shanxi province in 600 B.C. .

Jie Zitui was one of many followers of Duke Wen of Jin before he became a duke. Once, during Wen’s 19 years of exile, Wen and his followers stayed in a desolate place without any food. As they could not find anything to eat for a long time, they were extremely anxious. At this time, Jie went to a secluded place, cut off a piece of flesh of his thigh and made a soup. Wen enjoyed the soup a lot and wondered where Jie had obtained the meet for this soup. When Wen found out the truth, he was so moved and promised to reward Jie one day, although Jie was not the type of person who sought rewards. Once Wen became duke, Jie resigned and moved away.

Duke Wen rewarded the people who helped him in these decades, but for some reason he forgot to reward Jie, who by then lived in the mountains with his mother. When somebody reminded Wen of the story of the meat soup, he felt embarrassed and went to the mountains to find Jie. However, he could not find him. Believing that he could force Jie Zitui out by burning the mountain, Wen ordered his men to set the forest on fire. Sadly, Jie and his mother were still in this forest and both died in the fire.

Feeling remorseful, Duke Wen ordered three days without fire to honour Jie’s memory. Thus the Hanshi Day began, the day that only cold food could be eaten as no fire could be lit. The Hanshi Day occurs on the eve of Qingming and is often considered as part of the Qingming festival. As time passes, the Qingming Festival replaced the “cold food” festival.

In ancient times, people celebrated the Qingming Festival with dancing, singing, picnics, and kite flying. People used to break colored boiled eggs to symbolize the awakening of life. In the capital, the Emperor planted trees on the palace ground to celebrate the renewing nature of spring. With the passing of time, this celebration of life turned to be a day to honor the ancestors. On this day, entire families, young and old, go to the gravesites of their deceased family members to burn incense and perform a ritual ceremony while also clearing the gravesite from overgrowth.

Today the Qingming Festival still combines many different activities, among which the most important ones are tomb sweeping, taking a spring outing or flying kites. In some regions, people wearing willow branches on the head and riding on swings can be seen during this festival. Qingming Festival afterall is a combination of sadness and happiness, perhaps bittersweet.

The Qingming Festival is a traditional Chinese festival and an important day of sacrifice for most people to go and sweep tombs and commemorate their ancestors. 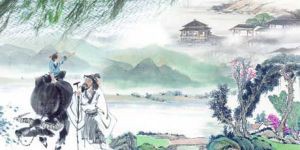 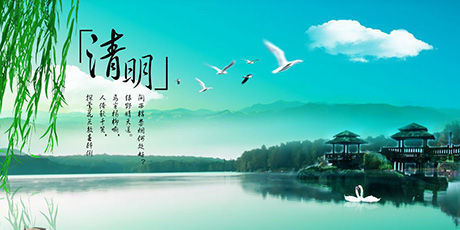